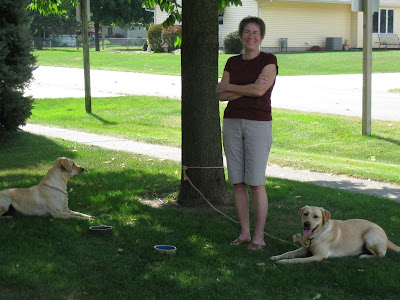 This weekend's happenings seemingly call for a less mundane title - there are a couple of less common events to report on. Friday I went home early because we had to give an appreciation dinner to election judges on Wednesday evening. So I got to spend the afternoon sewing! Drh was painting the laundry room, the current house updating project.
Saturday was a good day. I slept a little late, changed the bed, cleaned the bedroom and bathroom, washed out all the silverware dividers and the silverware drawer (not something anyone would notice, but good to have it cleaned), and gathered up laundry. I couldn't start on washing because the laundry room flooring was going to be put in next. Which happened, too, and it's great that the concrete floor is finally covered.
I went running a little after 10:30 - it was beautiful, perfect weather - sunny, 68 degrees. My town was having a garage sale day, so lots of people were out enjoying the day. About 1.5 miles before the end of my 5-mile run, I was joined by two female golden labs. They took off from someone's garage sale area where a little boy was playing with them. I stopped and tried to chase them off, but they wouldn't leave me. I called out to the people that they better get their dogs back, but they said the dogs weren't theirs. So I kept running, and the dogs did, too. A couple of times, I had to slow down and call them back because they were running down the streets and there was a bit of traffic from the garage sales. They obeyed me just like they belonged to me. A few people asked me if those were my dogs, and one elderly neighbor told me I should have them on a leash. On the last portion of my run, I ran past my own house to the end of the block, turned and walked back to cool down. The dogs ran ahead of me, and actually turned into MY driveway and ran up on MY porch before they even knew I was going to that house! It was really weird.
Then I noticed one of them had a bloody foot. They sat down on the porch and said, Hi, we're Blondie and Goldie. Can you give us a drink of water, tie us up in the yard in the shade, and try to call our owner? So I did. One had a collar with a tag with a phone number on it. HA. Drh found some rope for me to use. He kept his eye on them while I took a shower.
Later in the day we had to go eat with friends, so a young couple we know offered to take them to their fenced-in yard. But Drh had time and decided to hunt the dogs' owner, so after doing a reverse look-up on the phone number, he rode off to the next town to notify them. We'd left messages, but thought perhaps some neighbors could help us find them. He found a bunch of information, including that they moved and live about 5-6 miles from us, and the owners' invalid mother's caregiver's husband was visiting his grandma in our town and would be able to take them home. So that is what happened. Isn't it exciting?
On Sunday I got to teach my friend J how to use the quilting machine. She liked the results after she spent the afternoon quilting. That was fun. While she quilted, I fixed two pairs of pants of mine so they wouldn't gap in the back of the waist, started a little dress for Baby G, and helped fix a zipper on J's daughter's jacket. Lots of things to check off my to-do list! 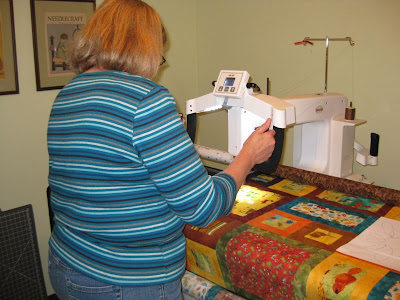 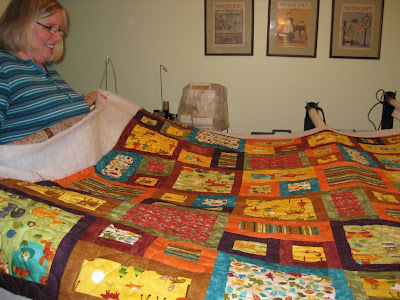 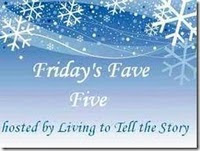